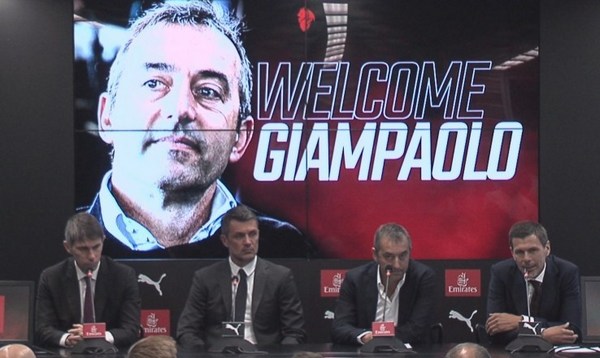 Late July is still weeks away from the start of the season and the window closing, there is still lots of time left to shape the squad, right? Yes and no.

Training is well under way and the team is in the US for the International Champions Cup matches versus Bayern Munich, Benfica and Manchester United. If European football was on the cards real matches could be sooner too. A new coach, another rebuild and one would hope that the coach would have most of his players at his disposal but that is not the case. However, Milan is far from the only team with little movement until late in the window, in this or any summer.

Andre Silva’s exit has always seemed likely. From the outset he seemed out of place and didn’t get much game time, his loan to Sevilla started well but that also fizzled out. He returned this summer to whispers that he might be useful and/or needed in Giampaolo’s two forward formation but that is now near an end as well. He is all but gone to Monaco for upwards of €30 million. The number is less than his €38 million arrival but for accounting and Financial Fair Play purposes represents a profit due to the 38 being spread out over the length of his contract. In his place Angel Correa of Atletico Madrid is rumoured to be close. When the rumour first appeared numbers like €50 million were quoted. That would represent an over payment for the 24 years old winger or second striker. If the transfer does go through that number is likely to be lower but it would represent a big gamble, perhaps even breaking Milan’s transfer record (The 44 million Milan paid for Rui Costa back in 2001). The other question raised is if Silva’s sale is enough to cover Correa’s fee. A few mentions that Cutrone might be up for sale as well are disappointing. If for no other reason that the team needs depth and options.

Speaking of depth the central defense is lacking it and so is the midfield. On the former, there were rumours that Juventus might be willing to loan or even sell Turkish international Merih Demiral to Milan for €40 million, only weeks after buying him from Sassuolo for 18! Milan do need a central defender, likely for a short time, until Caldara recovers but such a deal represents robbery. Caldara may only miss the first three months of the season and although Milan are barely covered with only Romagnoli and Musacchio on the senior squad spending big amounts on a central defender might not be wise and is certainly difficult. RB Leipzig’s Dayot Upamecano could be one long term option with perhaps Calhanoglu going the other way. An older, more temporary option, in the form of a veteran defender might be a wiser choice. It is up to Maldini and co to get the right find. On the midfield issue, Krunic’s arrival is set to be supplemented with another Empoli player. Ismael Bennacer is back in Europe after starring for the cup winning Algeria at Africa Cup of Nations. His imminent €16 million (plus small bonuses) arrival is welcome as central midfield needs options and starters too, and he could be a good one.

There is also the outgoing business to ponder. Milan do have historical difficulty in selling players, perhaps due to the comfort and high wages many players enjoy at Milan. A host of names could leave Milan but how much time is there to replace them even if a buyer is found? One or two of Laxalt, Rodriguez and Strinic are surely surplus to requirements. Does Suso do enough to convince Giampaolo and is Suso really a triquestra in the coach’s 4-3-1-2? What of Castillejo? There are even questions around Kessie and Biglia. Either could be sold, for profit and cause of age respectively.

The transfer window closes on September 2nd and the season starts nine days before on the weekend of August 24th.